Tivoli Trax was a Multiplex series paying tribute to local artists connected to Kong's Mantra night club, while it was based in Copenhagen's Tivoli Gardens. This 1997 EP followed the '96 Vol. 1, before a 12 track CD compilation was released in '98.

DJ JSL brings some hip-hop rooted beaks to the table. While on the flip side, Tim Driver kicks it off with a deep house production featuring some fast phased keys. Both JSL and Tim Driver would go on to form the Copenhagen bass music crew OHOI! and are also know from their own Kraken Recordings.

The B2 cut is produced by Goodiepal, originally from the Faro Islands, his every experimental productions and live performances in Copenhagen got him an international following early on. This one is a fun, 8-bit arcade'ish, slightly manic track. 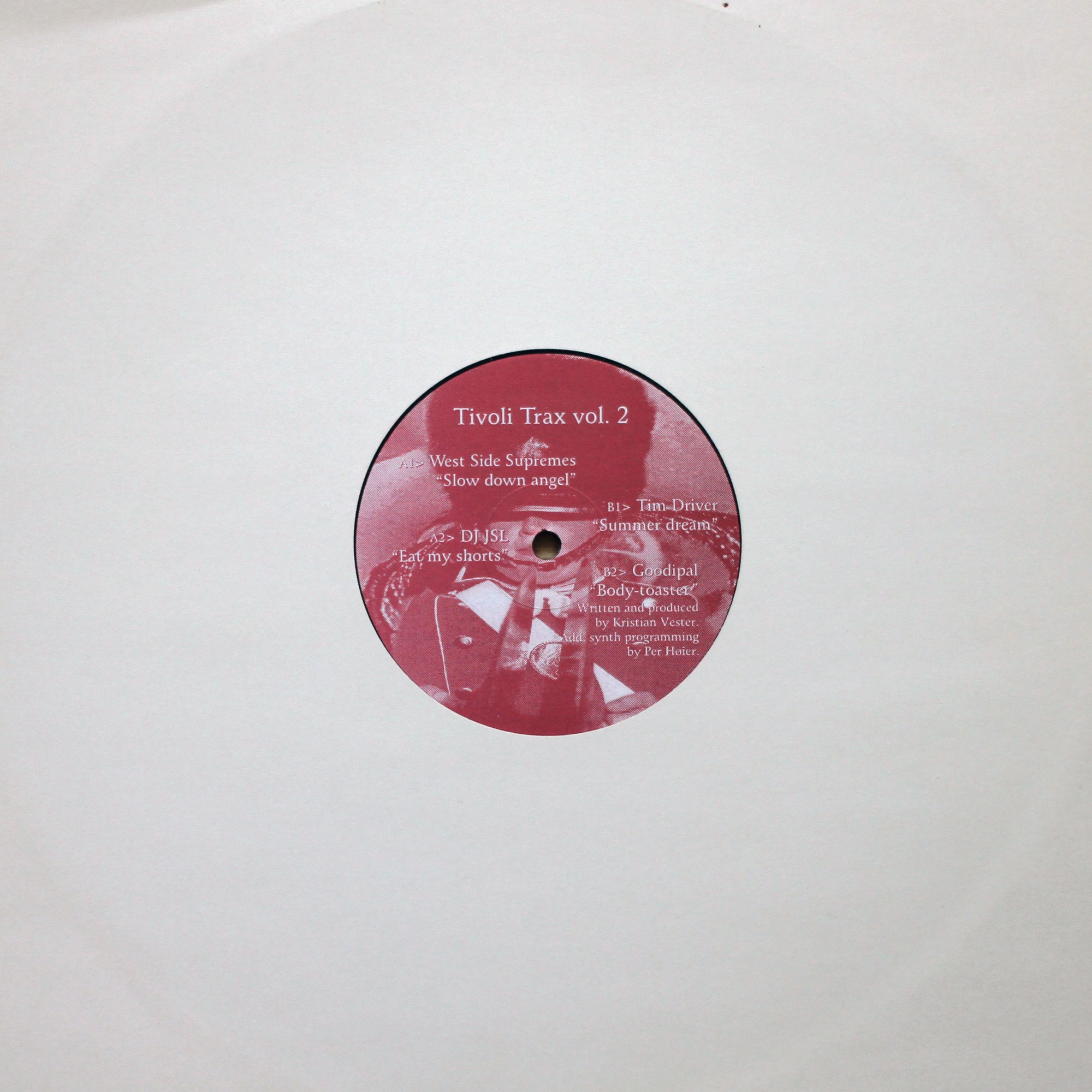